Apologies for the radio silence folks but a lot has happened since you last heard from me. It suddenly occurred to us that as Garlic Towers is soon to be graced by the pitter-patter of tiny feet (that is, by the arrival of a baby rather than another cat), that we should probably finish some of the renovation projects we’d been putting off. So we had the roof repaired and the house exterior finished and other boring things like that done which has meant something of a whirlwind of activity. However, it’s over now, and I’m pleased to report that one of the more enjoyable things we had done was the construction of wooden raised beds in the garden. 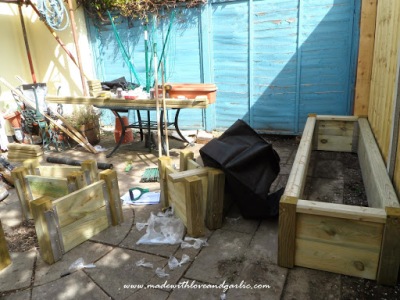 We looked into the idea of using old sleepers to build the raised beds, but the potential presence of creosote and oil made us a bit uneasy. The cheap and low beds on the market would have been functional for planting but as we have such a tiny space, we wanted some that would allow us to have guests use them as extra seating when we have a party. So in the end we went for some 45cm high wooden beds that lined the back of our tiny urban garden in a U-shape. We think they turned out quite well and 3500 litres of soil later (and wasn’t that a fun thing for the builders to have to carry through the house from the pallet at the front!), they were ready to be planted up! 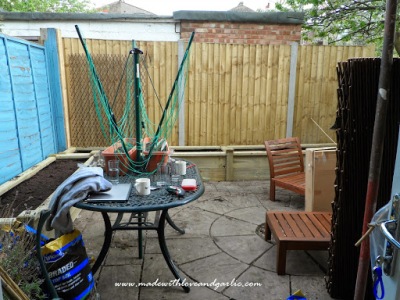 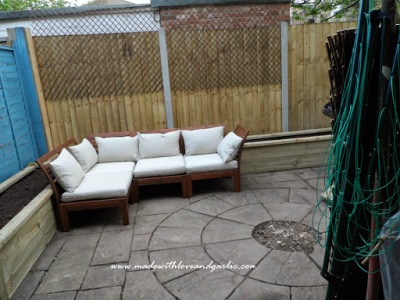